In 1891, Joseph Walker, a successful local businessman, died and left money for a library building to be built and called the Memorial Library. On May 26, 1894, the library was accepted by the city of Westbrook.  The building was designed by Frederick A, Tompson, in the French Chateauesque style, at a cost of $42,700. The 1½ story building was constructed of light terracotta brick with terracotta trim and granite underpinning and steps, and a slate roof.

In February 1989, a large addition designed by JSA, Inc. was dedicated. It increased the library from 4,000 to 17,000 square feet and was designed to complement the original library building. 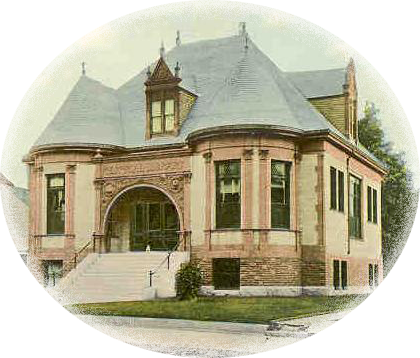