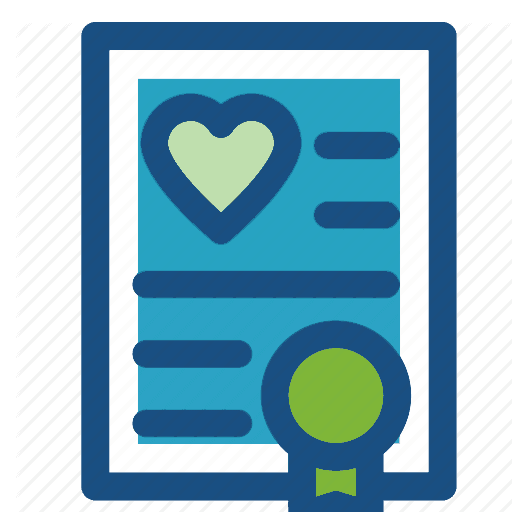 Due to staffing constraints, we are temporarily issuing marriage licenses by appointment only. Call the City Clerk's Office at 207-591-8131 to schedule your appointment.

Applying for a Marriage License

To apply for a marriage license, a couple must file the Marriage Intentions form. Both parties must sign the Intentions in front of either a notary or the Clerk of the municipality from which the marriage license is to be obtained. Residents of the State intending to be joined in marriage shall record notice of their Intentions with the Clerk of the municipality in which at least one of them resides. If only one party to the marriage resides in Maine and the other party resides outside the state of Maine, then both parties must file their Intentions at the municipal office in the town/city where the resident lives. If neither party are residents of Maine they may file their Intentions in any municipal office in the state.

Once the Intentions are filed, the Clerk will issue the marriage license. This document will contain the couples' information, and a blank section in which the ceremony information is to be written after the ceremony takes place. Once the license is issued, the couple is free to marry anywhere within the State.

If You Have Been Married Before

If either applicant has been married before and are divorced or widowed, a certified copy of documentation showing how the last marriage ended is required, such as the divorce decree or death certificate. If the record is in a language other than English, you must also present a certified English translation.

The State of Maine does not require a waiting period between the time your license is issued and the time the marriage ceremony is performed. You will receive your license immediately following the filing of your intentions, and may use it immediately.

The cost of a marriage license is $40.

After the Intentions have been filed and the marriage license has been issued, you are free to use the license immediately and have a wedding ceremony performed. The license must be used within 90 days from the date the intentions were filed.

A person who has reached the age of 18 may marry without parental consent. If either applicant is under the age of 18 they must have consent from the parent(s) or legal guardian before the marriage license can be issued. The parent(s) or guardian may appear in person before the municipal clerk where the license was applied for and give consent, or they may give consent in writing before a notary public to be presented to the clerk. Also, when person(s) under the age of 16 years intend to marry, the municipal clerk must notify the Judge of Probate when marriage intentions are filed in their office.

If no written consent from the judge has been received by the 30th day after the intentions are filed, consent shall be considered as received and the clerk may issue the license.